Ultimate Guide to Surfing in Torrance

If you’re a surfing enthusiast, you’ll want to know about surfing in Torrance. Torrance is located at the south end of Los Angeles’ South Bay.

The waves breaking on its shores are good for all types of surfers, from beginners to pros. Torrance is also ideal for surfers since crowds are usually fewer compared to other beaches like Malibu and El Porto.

In this post, we’re going over everything you need to know about surfing in Torrance.

In general, a lot of South Bay areas cater to wintertime swells. The northwest direction is the best for Torrance and surfers are advised to go for the medium-to-higher tide. South Bay’s beach breaks tend to close out when low tide occurs.

While there are many surfers in Torrance, this beach is less populated than other beaches like Venice, Malibu, and El Porto.

That said, depending on the time of year and the level of swell, Torrance can still pull a sizable crowd.

The Right Board to Ride

The best boards to use are longboards, foam boards, and those that’ll easily float on a gutless swell in Torrance.

For massive swells, a high-performance shortboard is the perfect option.

There are three things to remember for first-time surfers: 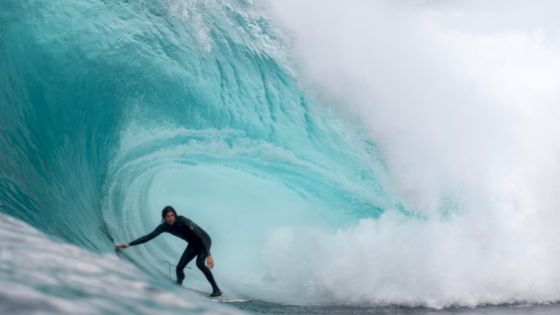 Here is what you need to know about surfing in Southern California:

Difficulty Level: Waves are diverse and will suit both first-time surfers and advanced surfers.

Season and Swell Basics: This area of the Pacific Coast has swells and sunshine throughout the whole year.

Here is what you can except for each month:

In So Cal, the ocean temperature can record a 52 low on the coldest winter days while late summer to early fall can reach up to 74.

A record-breaking year was in the summer of 2018. Highs landed in the range of 76 to 78. Southern California is known for its fluctuations compared to the north area. It’s advisable to have a variety of wetsuit options.

On colder days, it’s perfect to wear a 3/2 mm. However, on warmer days, it’s best to choose a 2mm wetsuit. If you like warmer suits in the middle of winter, then a 4/3 mm and booties are the perfect garb for your planned morning and evening sessions. 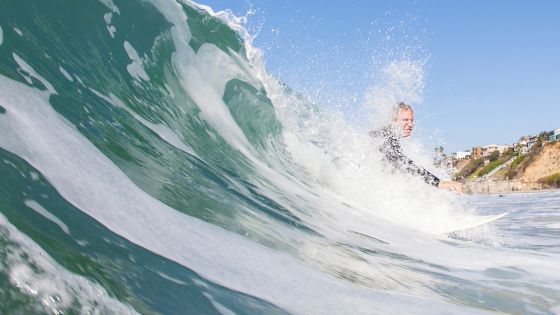 Other Surf Spots in Southern California

Dubbed the Queen of the Coast, Rincon is a long and beautiful break that you can catch in late fall to early spring.

Deemed as a perfect right-hand point break, Malibu is popular during summer as opposed to Rincon’s winter swells.

Malibu comes with a sizable crowd for its popularity with longboarders. So, if you don’t want to be in a crowded area, avoid Malibu.

Malibu rarely gets rain in the summer, but when it does, it’s not recommended to go in the water because the local septic tanks will affect the lineup making you sick.

Trestles is famous for its surf breaks, such as the renowned Lowers, and other waves like Uppers, Middles, Cottons, Church, and San Onofre State Beach/Old Man’s.

Lowers are considered the best wave of all so plenty of seasoned locals and pros aim for them. You can always go for Uppers and Middles waves if your level is not at par with the advanced surfers yet. 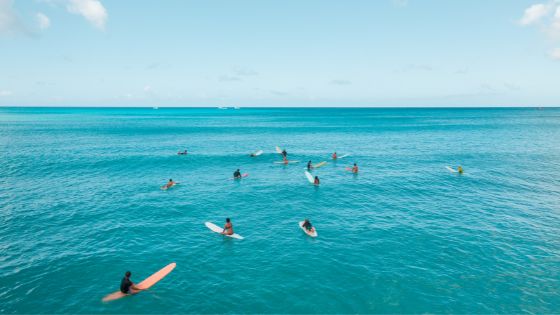 We hope this post about surfing in Torrance and Southern California was helpful!

If you have any further questions, please feel free to contact Pinnacle Property Management.